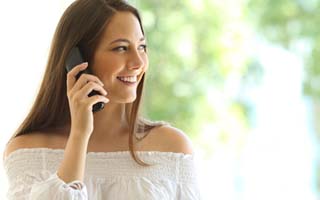 Each animal is unique!

Our experienced team of mycotherapists will be happy to advise you in detail and free of charge in all questions about the health of your animal:

Healing with mushrooms – mycotherapy – is one of the oldest and most proven natural remedies. There are only a few differences in the human and animal organism. Medicinal mushrooms have also proven themselves in the therapy of animals.

Here you will find common symptom and disease patterns in animal patients. Learn how vital mushrooms can help your pet.

If your pet’s complaints are not listed, just give us a call. We would be happy to help. 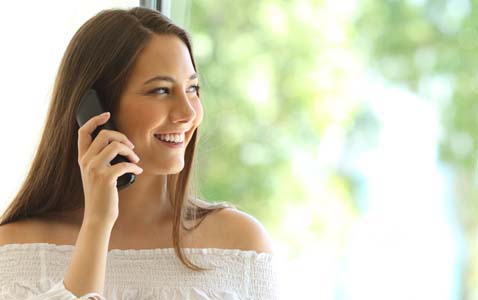 Every animal is unique!

We would be happy to advise you individually and personally on all questions concerning the health of your pet at: +49 40 334686-370
MORE INFO >

Wide range of applications – great effect
Helpful mushrooms are also called vital mushrooms and medicinally effective mushrooms. Their healing effects for humans and animals have been known for centuries from Chinese medicine. A large number of animal keepers are already aware of the positive effects of medicinal mushrooms, produced from the whole fruiting body. What is important here is the controlled cultivation in Germany.

The medicinal mushrooms are elaborately processed individually or into mushroom mixtures and packed in cellulose capsules for better dosage. However, these capsules can be opened as needed and the powder they contain can be administered to the animal more easily. Medicinal mushrooms are very effective against excessive reactions of the immune system (allergies), diseases of the musculoskeletal system, heart diseases and diabetes. 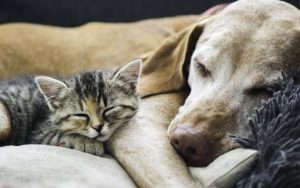 Lasting health for your animal
Mycotherapy helps your animal’s body to detoxify. Various medicinal mushrooms support the kidneys, liver, gastrointestinal and lymphatic systems in their function and thus promote the elimination of toxins. In addition, the oxygen uptake of the blood is demonstrably improved and the mushrooms have a positive effect on the vegetative nervous system. Vital mushrooms strengthen the immune system, prevent general states of exhaustion.

Valuable minerals and trace elements, vitamins, amino acids and enzymes are also contained in these mushrooms. They strengthen and protect the kidneys and liver, for example, and they also strengthen the heart muscles and the respiratory tract. Medicinal mushrooms are used as a therapy for diseases and also as a preventive measure, i.e. prophylaxis.

A special field of application for medicinal mushrooms: cancer therapy
Vital mushrooms inhibit the growth of tumours. The animal’s immune system is supported in its fight against cancer cells, the affected organs are strengthened and side effects of chemotherapy and radiation are alleviated.

The second pillar is Traditional Chinese Medicine with its thousands of years of experience. Our third pillar is experiential medicine. This is the knowledge we gather in practice – what we get as feedback in our practices and our observations during our therapies.

We have seen that in animals the mushrooms take effect after a much shorter time, because animals have a much faster metabolism than humans. You often read that medicinal mushrooms cannot be overdosed. This is not correct. In cats, dogs and horses, too high a dosage can lead to circulatory problems. Detoxification can be too fast and the animals are overtaxed. After you have sent the completed form, you can view the brochures immediately and will also receive an email with a download link.

Adaptogens – for a good balance
Mushroom powder from the whole mushroom has an adaptogenic, balancing effect. Depending on the patient, this can be stimulating but also depressing. This is very well demonstrated by the mushroom Reishi. The vital mushroom Reishi can reactivate an animal that is very tired, sluggish and calm. It also has a calming effect on a hyperactive animal. That means we have an adaptogenic effect, the body is brought into the physiological state.

Triterpenes – important against inflammation
One of the important ingredients in mushrooms are the triterpenes. On the one hand, they have an anti-inflammatory and cortisone-like effect. Triterpenes inhibit the release of histamine, which means they are very effective against allergic reactions. Most triterpenes are contained in the vital mushroom Reishi, especially in the fruiting body and spores.

Adenosine – the blood thinner
Another interesting ingredient is adenosine. It has an analgesic and vasodilatory effect, inhibits platelet aggregation and lowers blood lipid levels. It also has a dilating effect on the bronchial tubes. This is very helpful for allergy sufferers. Adenosine is most abundant in the mushroom Auricularia.

Glycoproteins – effective in many ways
Glycoproteins are very special polysaccharides. Examples of these substances are the pleuran from Pleurotus or the lentinan from Shiitake, in Coriolus PSP and PSK. These complex glycoproteins have a wide variety of effects and are correspondingly important. Among other things, they train the immune system against cancer. They are able to bind carcinogens in the intestine. If you extract these glycoproteins under high heat, they break down. That is why we recommend gently dried mushroom powder.

Antioxidants – OPC
Antioxidants protect the body from oxidation processes. Particularly effective antioxidants are the so-called OPC (oligomeric procyanidins). They are mainly found in grape seeds and enhance the effect of vitamins A, C and E.

Learn more about the use of OPC in animals
READ MORE > 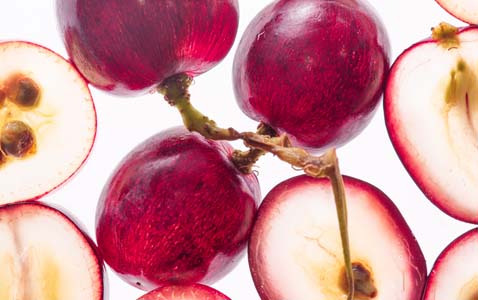 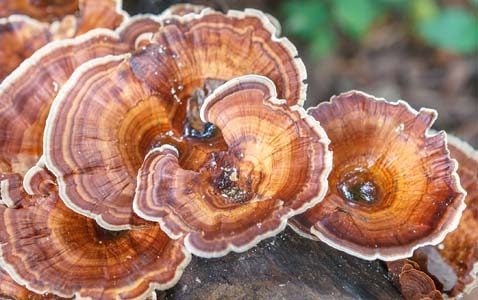 Get to know the vital mushrooms for animals and their effects in detail.

There are many suppliers of mushroom powders

You will find trustworthy suppliers with controlled organic cultivation in Germany, but unfortunately also less recommendable importers of cheap goods. Read what is important when buying.

TESTIMONIALS
„For about four years I have been free of complaints, except for a few days," is how Mr. K. from Gotha sums up the effect of the medicinal mushrooms. "I am very satisfied with the results. In contrast to various asthma sprays and desensitisations, which had no lasting success.“

TESTIMONIALS
„By regularly taking Reishi, my life has become worth living again," Mr E. R. from Neuhof tells us. "The fear of allergies has disappeared. And with it the burning eyes, the sneezing, swollen nose and the whistling bronchial tubes.“

Do you still have questions?

We will gladly take time for you. In our free consultation, we will answer all your health questions individually and personally at:

Every animal is unique!

Our experienced team of mycotherapists will be happy to advise you in detail and free of charge in all questions about the health of your animal: